Of wounded healers and urgent action on the ecological pandemic 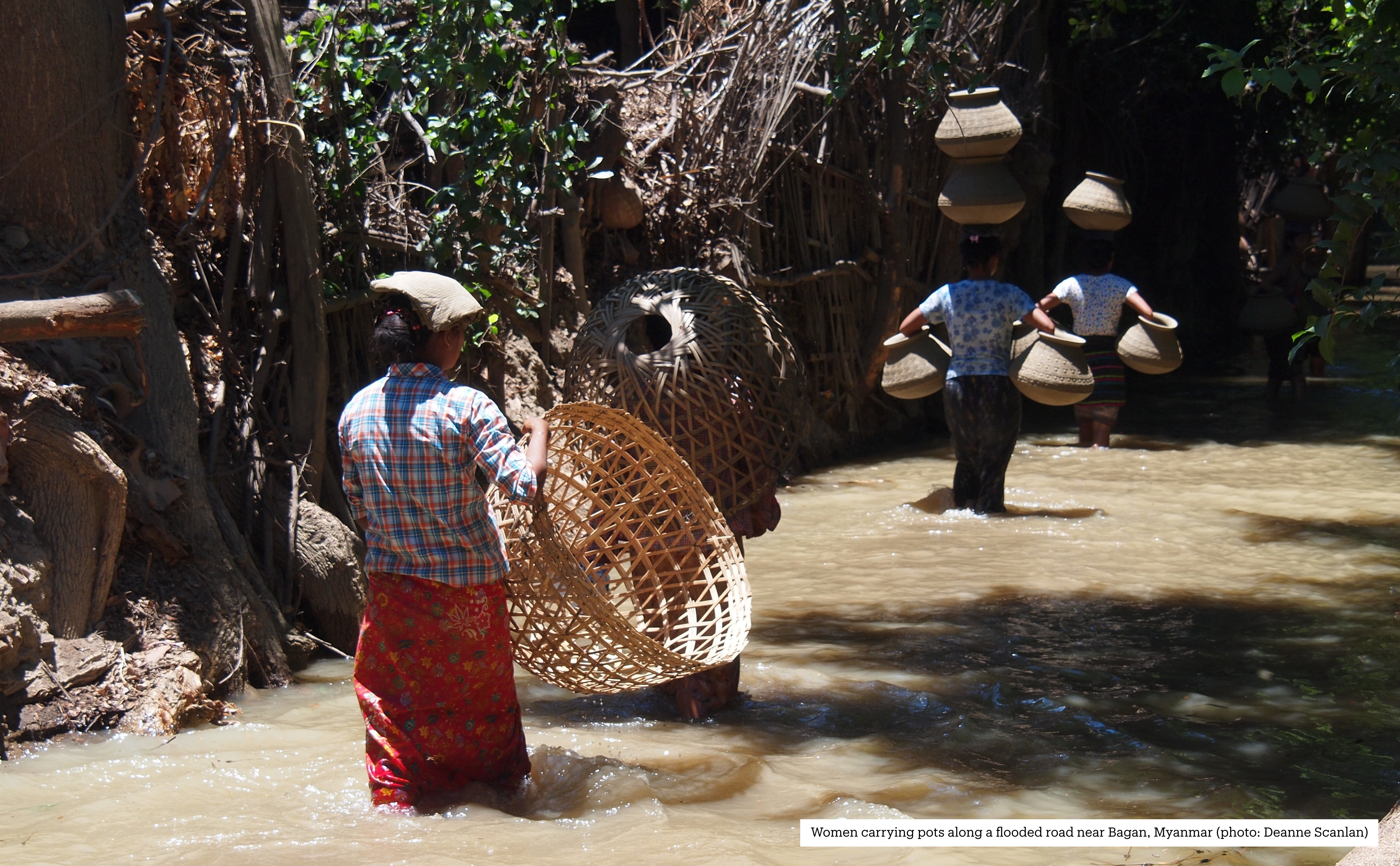 Of wounded healers and urgent action on the ecological pandemic

It is with great joy that I wish to be part of this great deliberation on Community, Faith, and Nature: Voices from Oceania and Asia at the Forefront of Climate Reconciliation.

I address two major issues. One is on how Asian communities experience climate change and what lessons on reconciliation and hope can we draw from these community experiences. And the second is on what changes and critical actions do Asian communities need to see as we move towards COP26 and beyond.

Time is running out. As pointed out by the organizers, science tells us that we only have until 2030 to drastically reduce our emissions. Oceans produce 70-85% of the world’s oxygen, and in Oceania and Asia, we have the Pacific Ocean which is the biggest climate determinant.

Ocean and forest communities, especially Indigenous Peoples in Asia and Oceania, are at the forefront of the impact, action, and the response to the climate crisis.

Covid is teaching us a grim lesson. Respect nature or perish. It is not theoretical gymnastics when we saw thousands dying, with the lack of oxygen as the problem. Oxygen that was once freely available is now monetized. Out of the five elements – air, water, light, land, and space – three have already been commodified. The ruthless exploitation has made life intolerable to millions, impoverishing millions and endangering inter-generational survivors.

So, this meeting in Asia is very important. I’m happy that the role of Indigenous communities in protecting and promoting the health of the nature is brought to greater attention. Pope Francis has shown that the Indigenous cultures have so much to teach us in the “modern” world in protecting the only planet of life we know.

Asia has a great role to play in this and is one of the continents where a huge number of Indigenous Peoples live. From the shores of the South China Sea to the central parts of India, there’s a huge mass of land once occupied by Indigenous Peoples and that land was once called Zomia. (Editor’s note: Zomia is a region described by James C Scott in his book, The Art of Not Being Governed: An Anarchist History of Upland Southeast Asia [Yale University Press, 2009].)

Living among the most vibrant rainforest areas, these people were the guardians of the lands of Asia. Their plight today is miserable, exploited by the market economy, ideologies, and authoritarian discourse of civilization. These communities have been reduced to ecological refugees, stripped of their living systems and their survival space. Call it ecological genocide, but the bleak fact remains that a violent injustice was inflicted on these people by nation states in collusion with the market forces.

Covid was a siren, warning us that the continued disturbance of the ecosystem will boomerang. As many sources pointed out, Covid jumped from animal sources to humans and have affected at least 30 species in the animal kingdom. The third strain is wreaking havoc even in rich countries. The plight of poor countries especially Asia and Africa is a visceral agony. Asia’s countries have invested more in arms than in health and have more soldiers than health professionals. 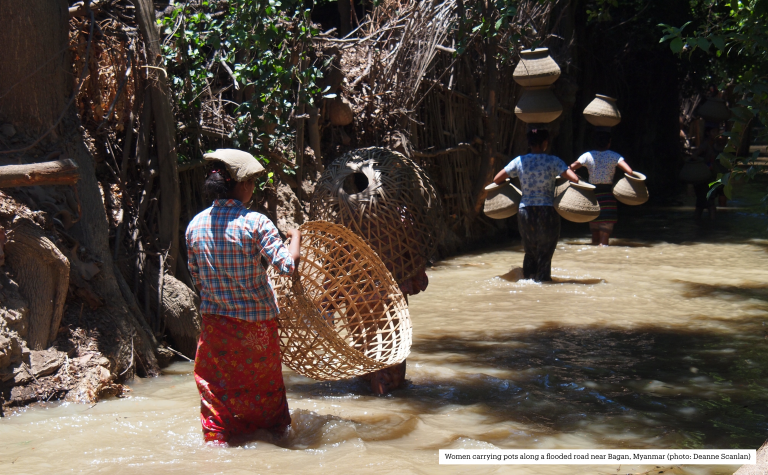 Pope Francis has shown a powerful light on the ecological and inter-generational injustice that prevails. A craving generation steals from the present poor and the future generation. An “ecological” model that abuses nature and does not consider generations to follow is perpetrated by a minority.

As the world continues to bury more than three million people, it has failed to learn lessons from the voices from the graves. Covid is just a window dressing of a huge natural disaster including pandemics waiting to happen. The link between ravishing the biosphere and the virus outbreak is becoming clearer day by day. The warmest climate days in the planet are recorded in this year. Areas that knew no hot summer are roasting. The Arctic region is experiencing ice quakes as millions of tons of ice are melted.

I am grateful to the organizers, Ecojesuit, the global ecological network of Jesuits and partners, and the River above Asia and Oceania Ecclesial Network (RAOEN), that proposed a joint dialogue event during the Asia Pacific Climate Week to highlight the role of interconnected Indigenous communities, faith, and nature in climate reconciliation.

The role of faith-based organizations is recognized with great urgency and driven by the prophet of ecology, our Pope Francis and his trendsetting encyclical Laudato Si’. The world rises to greater awareness of the ecology.

The modern youth lead the way in refusing to accept the exploitative commodification of natural resources. In this global struggle, all cultures need to learn from the lives and belief systems of Indigenous Peoples.

The Federation of Asian Bishops’ Conferences (FABC) has been working on mainstreaming the ecological concerns into the spiritual and the community consciousness of Catholic communities in various countries. We are aware that many of the Indigenous communities are also faith-based communities. Of the 16 dioceses in my country, 14 are made up of Indigenous ethnic communities.

Pope Francis has always impressed upon the Church to learn from Indigenous communities and be grateful for their contribution. He met with the Indigenous Peoples in Peru in 2018 and thanked them, saying that their lives cry out against a style of life that is oblivious to its own real cost. They are a living memory of the mission that the God has entrusted to us all, the protection of our common home.

The first disposition of the Church in Asia is to listen to the Indigenous Peoples. Pope Francis organized the Amazon synod with a central theme – that the Church humbly hears the cry of the Amazon and its people.

As the pandemic plays in the march of death, the urgency is more articulated. It is now or never. This is an existential crisis. It cannot be business as usual. A fertile earth has cried back and it might already be too late for the human race. A global movement to save the lungs of the earth needs to launch without any delay.

Gladly, the number of those who believe in the sacredness of creation is increasing all over the world. The anger needs to channel into systematic actions. Seminars and workshops can inspire people, but without action, we might be indirectly contributing towards the coming of ecological apocalypse. We use these words with a clear understanding that we are already late in protecting the ecosystems.

I wish that this gathering comes with a clear action plan and move to mobilize thousands into action. May your efforts be blessed and may the lungs of the world be protected from the infection of the virus of the ecological pandemic. Let this be the start of a long march.

Thanks to all of you.

Cardinal Charles Maung Bo is the Archbishop of Yangon in Myanmar and President of the Federation of Asian Bishops’ Conferences or FABC. This message is Cardinal Bo’s presentation during the official side event to the UNFCCC Asia Pacific Climate Week organized by Ecojesuit and RAOEN, Community, Faith, and Nature: Voices from Oceania and Asia at the Forefront of Climate Reconciliation. A recording of the full event can be accessed here.