From Myanmar, an update on the human conditions as the conflict continues 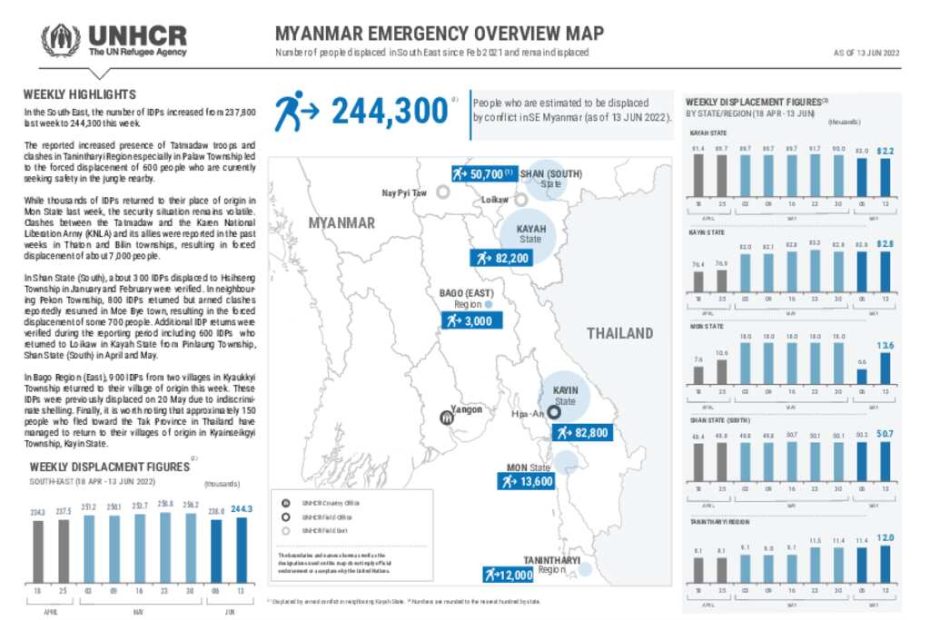 RAOEN recently received, and now shares, a brief update on what is going on in the daily lives of people and communities in Myanmar where the conflict seems to have been globally forgotten. But we have not forgotten and we send our prayers for their continued strength and courage in very difficult times.

There are reports of houses affected by the bombings and with artillery shelling hitting many houses. Other people lost their homes and family members. The conflict is every day. It’s ongoing, escalating, and in some areas, the sound of artillery shelling is heard every night. The situation is not safe, but people survive.

The total number of internally displaced persons across the country is already over a million people. In many places, displacement continues and some experienced multiple displacements.

This is already the third year of children missing education, so those supporting are doing what they can to support continuous learning, but can’t do much for the desired quality. Children are at least doing something and learning. This is more important than the children not being able to do anything as they hear the sounds of conflict.

It has been two years of Covid, and China built two layers of borders. The walls are electrified so people cannot cross. China has very strict Covid-19 regulations so people and materials cannot cross. Many farmers of cane, banana, and watermelon plantations are most affected. They lost their regular income sources and many are in debt.

Threat of arrest for those helping displaced people

The security situation is not good as some members of a local philanthropic group were arrested. The members were later released, but the leader was brought to the police station and there is no news yet on what happened. It seems that those who are helping displaced people are under threat of arrest. Those who want to advocate for something or support people have to look out for their safety and security.

The synodal process in Myanmar began in early November 2021 amidst the conflict. The dioceses are doing interviews and are reaching out to the displaced populations, from the parish and diocesan levels. However, in the dioceses where the conflict was at its peak, many parishes, priests, and people were displaced, and some churches burned. Recently, one church was burned by the Myanmar army and they put landmines around the church. A 16-year old boy accidentally stepped on a mine and lost his leg.

Natural resource use in the church

There are challenges in relation to questions on extracting natural resources and their use in church paraphernalia and structures. When a church was built from wood, trees in the forest were cut and the community said, “if we don’t cut, then big companies will come. At least we do this as an offering to the Church.”

Myanmar is also experiencing the impacts of climate change. Unstable weather patterns are destroying the crops. The conflict is exacerbating the vulnerabilities of farmers; the farmers cannot plant. There are landmines surrounding farmlands. But still there are farmers who risk their lives to go to their farms as they need to prepare the land.

“We are not poor, but the conflict impoverishes our opportunities to live life in peace.”

“The conflict situation does not mean that we are poor. We have land, labor, but not the opportunity to use this land and our labor. This is not because of the farmers but the large business corporations. The extent of the impacts that the people are experiencing is massive. Those who have networks, those who have arms and have relations with armed groups – they are the ones extracting natural resources from the land. And those affected are people on the ground, and we have the conflict. It is difficult.”